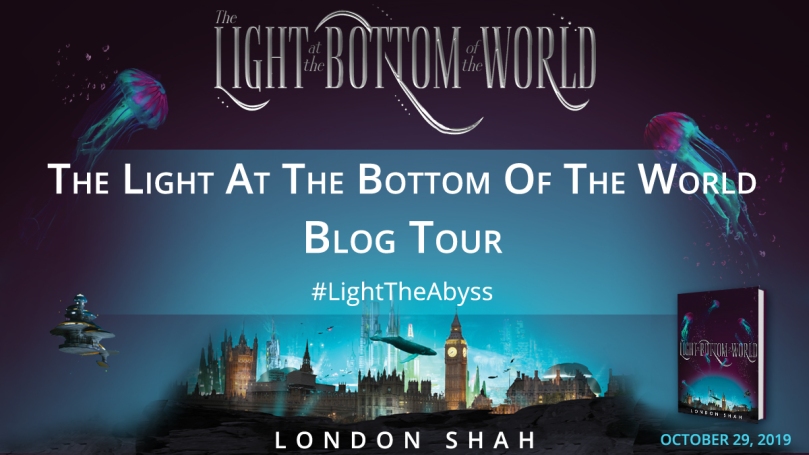 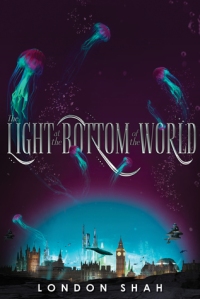 Title: The Light At The Bottom Of The World

Hope had abandoned them to the wrath of all the waters.

At the end of the twenty-first century, the world has changed dramatically, but life continues one thousand feet below the ocean’s surface. In Great Britain, sea creatures swim among the ruins of Big Ben and the Tower of London, and citizens waver between fear and hope; fear of what lurks in the abyss, and hope that humanity will soon discover a way to reclaim the Earth.

Meanwhile, sixteen-year-old Leyla McQueen has her own problems to deal with. Her father’s been arrested, accused of taking advantage of victims of the Seasickness-a debilitating malaise that consumes people,often claiming their lives. But Leyla knows he’s innocent, and all she’s interested in is getting him back so that their lives can return to normal.

When she’s picked to race in the action-packed London Submersible Marathon, Leyla gets the chance to secure his freedom; the Prime Minister promises the champion whatever their heart desires. The race takes an unexpected turn, though, and presents her with an opportunity she never wanted: Leyla must venture outside of London for the first time in her life, to find and rescue her father herself.

Now, she’ll have to brave the unfathomable waters and defy a corrupt government determined to keep its secrets, all the while dealing with a secretive, hotheaded companion she never asked for in the first place. If she fails, or falls prey to her own fears, she risks capture-and her father might be lost forever.

Thank you to the author for providing me with an advance reading copy in exchange for an honest review!

I was both excited and nervous to dive into The Light At The Bottom Of The World because it’s one of my most highly anticipated reads of the year, but it’s needless to say that the book surpassed all of my expectations.

Shah’s writing is captivating in a way that allows the reader to fully submerge themselves in a unique underwater world and be swept away by the characters and the story. Leyla McQueen is both fierce and brave, despite her fear of the unknown and the monsters that lurk in the depths of the sea. She’s also rather naïve but isn’t afraid to ask the difficult questions. And she’s a submersible racer who is completely driven by the love she has for her family – including her dog Jojo.

Leyla’s deep appreciation for her Afghan heritage as well as her Muslim faith was such a joy to read about in a sci-fi world. It’s the smallest things like saying bismillah before starting a race that made me cry in representation, identifying Leyla as Muslim without any emphasis on her Muslimness.

Despite the futuristic setting, the author still manages to keep it anchored to the present – the Old World – through references to iconic landmarks, annual events and famous people amongst all the advances in technology. Quite frankly, the world-building is both fascinating and pretty Wilde! I feel nostalgic just thinking about it so I can’t wait to return to it in the sequel. That slow burn enemies to lovers romance is to die for.

Overall, this book gives us hope of surviving in a post-apocalyptic world where the Earth’s surface has been made uninhabitable. It gives us hope in the face of senseless violence, reminding us that individuals who act alone do not represent the majority of a larger group. And it gives us hope for a better future by urging us to stop clinging on to the past.